Chile: the most diverse wine-growing country

Delicious specialties from the west of South America: Chilean wines

Chile- the small country with a lot of area on the west coast of South America. The large parts of the country on the Pacific Ocean create incomparable conditions for viticulture. This is where wines are produced that are characterized by a special taste – and wines that are becoming more and more popular today. In this post we would like to give you an insight into Chile as a wine country.

Wine and viticulture in Chile: an achievement of Spanish origin 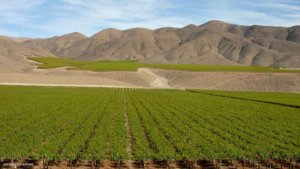 Everything began with the discovery of Chile by the Spaniards, because these conquistadors brought vines of the still well-known Vitis Vinifera species from Peru to Chile. At the same time one discovered in the nature of Chile vines of the black grape Moscatel and came to the conclusion that Chile was a well suited country for viticulture. The first vines were planted in Chile in the middle of the 16th century – and the Vitis Vinifera vines were quickly cultivated in central Chile as well.

Modern wine production in Chile opened the door to the world

It was only when French grape varieties such as Cabernet, Merlot, Pinot Noir, Sauvignon, Chardonnay and Riesling came to Chile in the 19th century that the wine really became popular. Today these varieties still form the basis of Chilean wine production. Fortunately, the vines came to South America before the phylloxera disaster in Europe and Chile is still the only country that has never been plagued by phylloxera in viticulture.

Chile did not always have an easy time in viticulture – the available almost 100,000 hectares of wine-growing land could not be fully exploited, as the restrictive alcohol law in the 20th century theoretically prohibited the replanting of wine. When this law was repealed in 1974, the production of good wines could be resumed. Modern wine production from the end of the 20th century finally led to the rise of Chile as a globally recognized wine country.

The special climatic conditions in Chile

In 1995 there were only 12 wineries in Chile, now there are well over 300. At the moment Chile is even the fifth largest wine importer worldwide. And rightly so, because the country has very special climatic conditions that favor the cultivation of wine.

The narrow, long country stretches from very warm regions near the equator to very cold regions in the entire south of the continent. The climate is determined by the Pacific Ocean, which borders the Andes. The climate in the north is particularly hot and dry, while in the south it is becoming more humid and milder. Few other countries in the world have such a great variety of different climatic viticulture conditions! Above all, the large differences between day and night temperatures ensure that the acidity in the grapes can be preserved better than normal – most Chilean wines are characterized by tension and vitality. 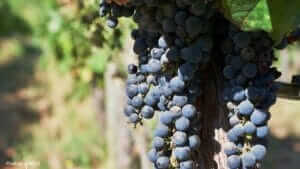 There are many growing areas in Chile with different characteristic wines.

Do you feel like trying Chilean wines yourself? Then you are exactly right with us! Under the article you will find our selection of wines from the South American country that you should not miss!

The best wines for Christmas and New Year’s Eve
22. November 2022

Our wines
Go to Top